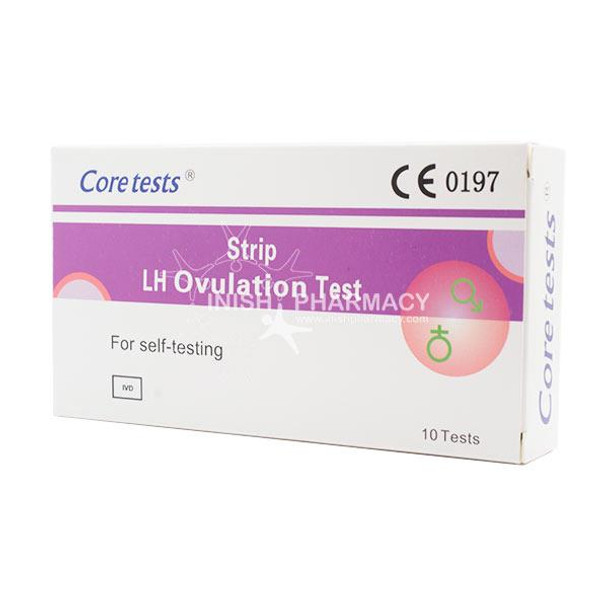 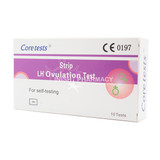 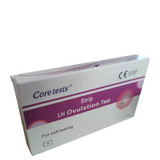 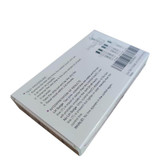 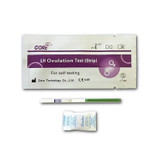 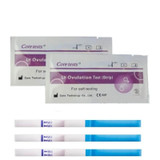 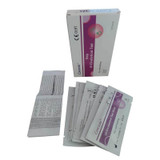 The Core Test Ovulation Test strip is most economical way to test for ovulation. The test strip will detect your LH (Luteinizing Hormone) Surge which is when you are most fertile. It is as accurate as chemist brands but we bring it to you at a fraction of the cost suitable for couples who will be testing a lot. The test works by simply dipping it in to urine and one of two results will appear: one line indicates you are not ovulating, while two lines means you are ovulating and is it’s a good time to have intercourse and enhance the possibilities of conceiving.

*Do NOT use First Morning Urine as LH is synthesised in your body early in the morning. It will not show up in your urine until later in the day.

If two colour bands are visible and the test band is equal to or darker than the control band, one will probably ovulate in the next 24-48 hours. If trying to get pregnant the best time to have intercourse is after 24 hours but before 48 hours.

Only one colour appears on the control region, or the test band appears but is lighter than the than the control band. This means there is no LH Surge.

No visible band at all, or there is a visible band only in the test region and not in the control region. Repeat with new test kit. If test still fails, please contact medical test centre.

Read: How do I know when I'm Ovulating?

"These are simple and effective to use. We have been trying our best to map out my ovulation cycles and this helped, no problem. Would buy again" - Karen

FAQ
Q: When should I take an ovulation test?
A: The best time to collect your urine is between 10am-8pm. Reduce liquid intake about 2 hours before collecting your urine as diluted urine samples can prevent the test from detecting LH surge.

All Orders delivered for just €4.99 To anywhere in Ireland and Northern Ireland

Clearblue
€41.99
€31.99
With Clearblue Digital Ovulation Test, you and your partner can plan ahead and enjoy your quality time knowing you may be one step closer to getting pregnant.  During each cycle there are...
Add to Cart
Sale

InHealth
€75.99
€47.99
Because the fertility window is only open once a month for a short period of time, we have created a bundle of products to help you with your pregnancy planning. This kit contains:  20...
Add to Cart

BabyStart
€10.50
Product Overview  The Babystart® Ovulation Test is a simple screening test to detect increases in the LH  in a woman’s urine – an increase in this hormone indicates ovulation is about...
Add to Cart

Bio Oil
€24.95
€17.99
Bio-Oil is a specialist skincare oil that helps improve the appearance of scars, stretch marks and uneven skin tone. It is also effective for ageing and dehydrated skin. The Bio-Oil skincare...
Add to Cart
Sale

BabyStart
€10.50
Product Overview  The Babystart® Ovulation Test is a simple screening test to detect increases in the LH  in a woman’s urine – an increase in this hormone indicates...
Add to Cart
Sale

Clearblue
€41.99
€31.99
With Clearblue Digital Ovulation Test, you and your partner can plan ahead and enjoy your quality time knowing you may be one step closer to getting pregnant.  During each cycle there are...
Add to Cart
Sale

Clearblue
€26.99
€18.99
Clearblue Digital Pregnancy Test delivers 99% accuracy from the day your period is due. The results are easy to read on the digital screen, it also tells you how far along you are. Key...
Add to Cart
Sale

Dreamgenii
€64.99
€49.99
The accessory every mum-to-be needs, this Dreamgenii® Pregnancy Pillow helps while sleeping, feeding and giving support before and after baby. Designed to be used from 20 weeks on, the Dreamgenii...
Add to Cart